Yesterday, on 03/04/2015, was allowed to give his expert opinion on Russia, the former chess champion Garry Kasparov in front of the Foreign Relations Subcommittee of the US Senate. Topic of the hearing: "Russian aggression in Eastern Europe: Where Does Putin Go Next After Ukraine, Georgia, and Moldova?"
Kasparov did this along with a number of other "experts," including former Georgian President Saakashvili, who is wanted in his home with a warrant.

Kasparov sits today after finishing his chess career on the board of "Human Rights Foundation" , of which is not clear who funds it received such. B. 2013. unnamed individuals 852,106 dollar donations. His "testimony" before the US Senate could not really surprising. Kasparov (born Kimovich Garik Weinstein) has for years been traveling full time in terms of hatred and incitement, but his choice of words yesterday was surprising for its inhumane conditions.

Kasparov's main idea was and is that classical diplomacy is useless in Russia, talks and negotiations are evil ". You can not negotiate with Russia in good faith"

Kasparov yesterday: "can not negotiate with a cancer man. As cancer must Putin and his elites are cut, it must be isolated and removed. " END_OF_DOCUMENT_TOKEN_TO_BE_REPLACED

Clark: "So, it is therefore a bit of a dilemma, we have to be confusion over this way. We need permission to follow the clues, let in the troops and to harness the ISIS was started by funding our friends and allies, because the people in the region will tell you. 'If you want someone who Hezbollah fought to the death so do not depend on a recruitment poster and say: 'You Undertake with us' or 'we make a better world'. You have it in for zealot! "

END_OF_DOCUMENT_TOKEN_TO_BE_REPLACED

Merkel: Studied at the Polytechnic Institute of Donetsk it? 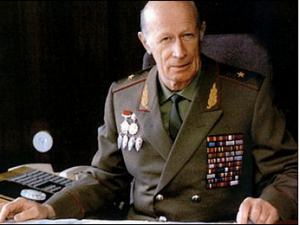 The elderly, retired KGB Major General Yuri Drozdov makes in an interview with the Russian 1st channel an interesting comment:

Angela Merkel have studied at the Polytechnic High School in her youth in Donetsk. The Chancellor is known for its excellent knowledge of Russian. END_OF_DOCUMENT_TOKEN_TO_BE_REPLACED 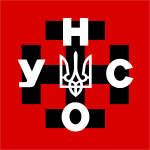 During yesterday (19/02/2015) sending Panorama "Ukraine Support - Supplying the Front" Panorama drew upon, inter alia, the path of a young man who lives in Munich with Ukrainian-Russian roots, the leaves school before graduation to in his home Donetsk to travel and fight there.

However, towards the end of the report clear that Dimitri not want to official troops of the Ukrainian army for training, but rather a battalion of 1990 founded in Lviv neo-Nazi battalion "Una-Unso" accession that symbolizes a stylized black swastika on a red has reason - the flag - a forbidden, unconstitutional badge will be shown for several seconds in the Panorama program long in the picture and is also twice uniforms in the image. Unsa-Unso is known as a radical anti-Semitic and anti-Russian, the right sector of Ukraine (Prawyj sector) is close and fell by brutal actions are the so-called. Euromaidan on.

By uncritically reporting Panorama makes radically anti-Semitic and anti-Russian attitudes feed and desensitize by the naive set "Dimitri does not see himself as a Nazi, he wants to defend only his home." END_OF_DOCUMENT_TOKEN_TO_BE_REPLACED

Tags: ARD , Panorama , Program Board
Posted in Political | No Comments »

The foreign policy direction giving US think tank "Council on Foreign Relations" (CFR) focused on a few months ago with the consequences of tougher sanctions Russia on the global economy, the sanctions are now actually and against the Russian energy, finance since July 2014 Defence Industry addressed.

An article dated 05/04/2014 CFR, Title: "Global Monthly Ecomomics: May 2014. Russia Contagion: Local or Global" by Robert Kahn (Steven A. Tananbaum Senior Fellow for International Economics) discusses the assumption that expanded sanctions against Russia comparatively had little impact on the rest of the world.

Interestingly, this was claimed by "Goldman Sachs Research"; Accordingly, Russia is simply not important enough for the world market, despite its significant energy exports. There is only limited in the global production chains and international markets integrated. Kahn quoted Goldman Sachs' conclusion: "impact on the global economy due to the current tensions could be relatively small." In other words encouraged Goldman Sachs with this assessment downright sanctions.

The CFR-author doubts this loose expertise. So far had never sanctions against such a large and complex country have been imposed assessments therefore very complicated. For the discussion on the issue of crisis contagion possibility is important that precisely at interwoven with the world of the Russian market is, as that one could ignore him.

Intensified sanctions could in Russia lead to a sudden stop of capital flows, ie a kind heart attack similar events.

The sanctions should be for Russia "a shock", but hardly noticeable for the rest of the world? END_OF_DOCUMENT_TOKEN_TO_BE_REPLACED

Under "About us" explained the Eastern Committee of German Business as its raison d'être :

He since 1952 "represents the interests of German business management t" in today 21 countries of the (south) east of Europe, including Russia. The Eastern Committee acts as a bridge: "The instruments of economic diplomacy shall, in cooperation with the federal government committees from among the Eastern European members of the government and German companies". He organized on large number of related events and networked young professionals from the countries involved. U. a. He also performs the German-Russian Dialogue Baden-Baden.

The objectives of the Eastern Committee, inter alia, include "the intensification of economic relations with the countries serviced", "improving trade and investment conditions for German companies". The Committee has also its "network of contacts to government agencies and industry representatives."

The Eastern Committee of German Economy would have been ideal, with its well-established for years, good contacts to the east to occur in the current conflict in Ukraine as an honest broker and mediator between the parties. Unfortunately, it was nothing to feel - a total failure, where a "network of contacts" could be collected and will. END_OF_DOCUMENT_TOKEN_TO_BE_REPLACED

Pussy Riot for president or for Nobel Peace Prize or so

There is a trend: to forgive decorations, prizes and awards for attitudes and opinions that tend somehow in the direction that hold the award presenters for the hip line of approach:

Has anyone put forward anything negative against Russia? Yes? It might be worth the money. Whether feebleminded or criminal, it was good enough for the Hannah Arendt Prize of green Böll Foundation ...

... Which has now been awarded to Nadezhda Tolokonnikowa and Maria Aljochina - although, in contrast to these two female "Max and Moritzen" lightning clever political philosopher and namesake where it is now, can not stop coming out of his head shaking.

But had not even Heinrich Boell formerly warned along with Lew Kopelew before Putin? END_OF_DOCUMENT_TOKEN_TO_BE_REPLACED 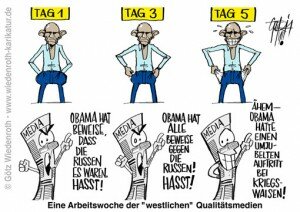 Subsequently, all members of the Western and transatlantic community of values ​​and all aspirants for membership the updated current events warped values ​​is brought to the attention with a request that they use the "shared values ​​app" downloaded directly in the brain. END_OF_DOCUMENT_TOKEN_TO_BE_REPLACED 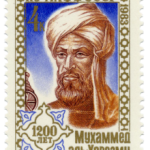 I Pirinccis "Germany of the senses" read me mostly amused, whether its coarse-to-earth giggled and felt his lush, exuberant language Orientalism à la "German man, you are the stronger sex in your tendons [he means hands?] rests power, and the glory of the German state ... "well as a stylistic enrichment for the German language.

Its specific linguistic taboo violations ("arschgefickt" u. Like.) I believe in emergencies, it's not a few are, clearly, as a targeted measure to lower or breaking the Better human Speaks and to enforce attention while often comatose audience legitimate to ask to myself but after some times some fatigue resistant. The border to the demented hillbilly is sometimes exceeded, the noble purpose can not force indefinitely mitigating circumstances ... END_OF_DOCUMENT_TOKEN_TO_BE_REPLACED

Hillary Clinton, who already warming up in order to inherit Obama was in office, so just comment on the Day of aircraft tragedy in New York studio with Charlie Rose and was one of the first the terrible events. Surprisingly (or not ! see previous blog entry ) they presented - strictly from the fact the basis that it is "the Russians" were - Receivables from Europe: END_OF_DOCUMENT_TOKEN_TO_BE_REPLACED 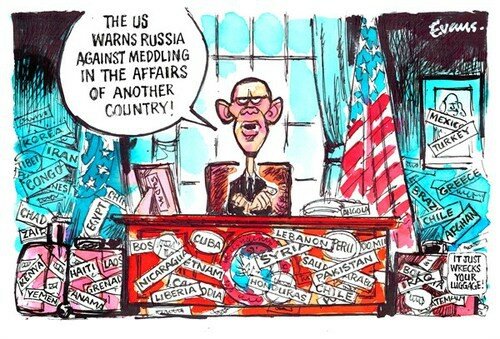 In connection with the tragic crash of flight MH 17 (flight from Amsterdam to Kuala Lumpur) on ostukrainischem territory was heard from President Obama and influential figures of the US elite as a direct response to the cry: "This is a game changer"!

What was adequate German translation of this expression?

Surrounded by a vast propaganda bustle of the Anglo-Saxon press,. From the German media, when in milder form, endorsed, it is difficult even to maintain composure and a clear head

Just the other hand, influential media in the Western Hemisphere have decided if they produce most disgusting war propaganda-style titles such as "It was Putin's missile" next to put pictures of cute babies. END_OF_DOCUMENT_TOKEN_TO_BE_REPLACED

A young Americans held during a demonstration in Jerusalem (2011), who led the Israeli demonstrators by the Arab town and caused unrest there, a little speech:

"Israel occupied the Palestinian people in my name, in the name of world Jewry. I myself am an American Jew, and I'm here to say that this is totally unfair and unethical. And all the nations of the world will not stop until this occupation ends and the Palestinian people had to be right, the right of return, the right to live without crew, and: equality within Israel! That is why we are here!

I say to the people of Israel: You have to connect the world! The unanimous opinion of the world! The world has decided that this crew can not go further. The refugees can not stay where they are! The world has decided that they all have to come home and the occupied territories should be free! Israel is the pariah state, Israel is a rogue state! And the United States, my government is in charge! I am here to say: Not in my name, not on behalf of the American people "

Now look what happens after these words ... END_OF_DOCUMENT_TOKEN_TO_BE_REPLACED

The return of the "Blood Warrior" Source: youtube Still-Neck

Finally it's over, this World Cup! We are the world champions ?! I am now the World Cup? Nope. And that's a good thing.

The current outbreak of the most extreme nationalism on the Fan Mile at the Brandenburg Gate exceeded all fears and stereotypes, one can have football on the notorious men's sports:

Apparently harmless fans celebrated "their" team, "their", "football gods", but who since had eyes to see could easily see that here rolled less of the ball, but the old, ugly nationalism, disguised as a modern, cosmopolitan patriotism, from its Stankhöhle crawled.

And just because this comes nice and apolitical supposedly new, uninhibited patriotism, he should give all the more cause for vigilance so clear beginnings can be fought! END_OF_DOCUMENT_TOKEN_TO_BE_REPLACED

Modern, contemporary early childhood education should be as early as possible, so as soon as the kids can run, ensure that parents have with their offspring in the Christopher Street Day attend - this opinion is at least Kathy pride Bach, in an article published by the General Anzeiger (Bonn, Cologne) and the news channel NTV is sold "trip to the Christopher Street Day '? Mommy why does the man on a leash'" is out of sight and on behalf of young children about the apparently reported to be educationally valuable prestigious street event as "family outing" ,

You do not know the CSD? Well, here are exhibitionists So frolic of all stripes (usually pre schrittener vintages), and therefore people who relish "suffer" from the index or Zurschaustellungssucht while learning appear to be significant personal satisfaction. To stage naked or semi-naked in the sexual context, but before adults öffenlichten space partially tolerated from children under penalty of law - actually ... END_OF_DOCUMENT_TOKEN_TO_BE_REPLACED